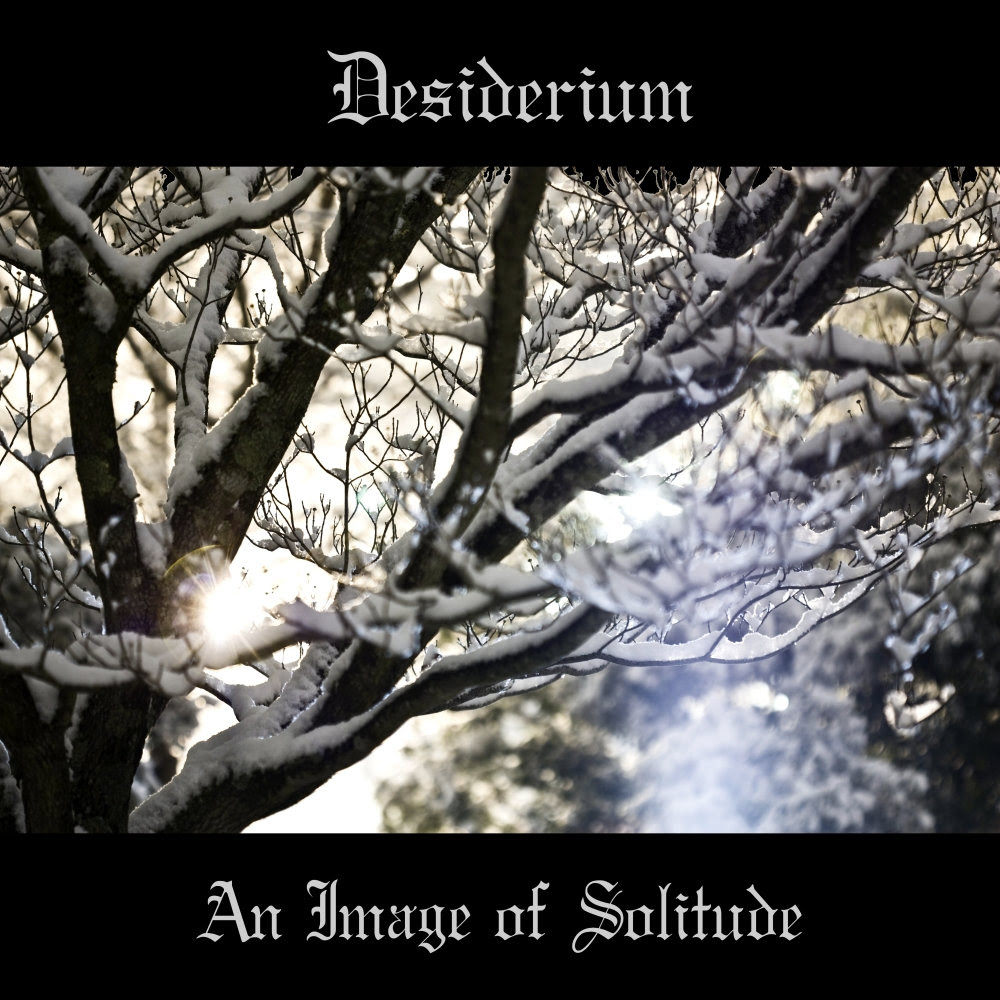 Although black metal as a genre has been around since bands like Bathory, Hellhammer and Venom defined the sound in the 80's, black metal hasn't ceased to evolve and change through the years. The later years of black metal has seen a focus on atmosphere come to the fore, which may be new to some even though the mix of black metal and ambiance has gone hand in hand almost since the beginning.

Desiderium is such a band. Instead of focusing on blasts or simplistic song structure like a great deal of other black metal bands do, this American duo consisting of Michael Rumple (the main composer) and Philip Wentworth (also of the band "Thomas Taylor") centers around complex and intricate song structures with many different elements and parts all woven magnificently together to form this 6-track full length album of impressive atmospheric black metal.
While most black metal bands lean towards a very harsh sound with furiously simplistic guitar riffs, Desiderium leans more in the opposite direction with their more intricate and melodic approach to this old genre. Their in general lengthy songs are all filled to the brim with incredible atmosphere comprising of a nice mix of instrumentation, lengthy instrumental parts and sophisticated and unusual song structures with a multitude of melodic riffs.

While the production sounds incredible and well-balanced compared to much black metal, the same cannot be said for the vocals. The vocals are good and articulate, but they have a tendensy to feel somewhat out of place among the myriad of other elements and I think some more processing of the vocals would do much for the overall audial expression of "An Image of Solitude". I have mixed feelings about the drums. Part of me says they're uninspired and bland, but another part of me says they're fitting to the music and the very nice guitar work. I'll let this speak for itself, and simply conclude, that more intricate drum-work could be both good and bad.
"An Image of Solitude" is an album that features great amounts of variation and 6 tracks that flow along like a nearly frozen river in a desolate and far away landscape. To me it is imperative that the entire album has a good flow, and this album really accomplishes this criteria. This album is best enjoyed through a pair of high quality headphones as this allows you to fully appreciate all the tiny details.

"An Image of Solitude" stands as a monument to the majesty of modern melodic and atmospheric black metal, and this album is exactly what it's title indicates: A musical picture of solitude. Many will find that it doesn't quite click with the first few listens, but this album becomes better with each listen.
With a total length of 45 minutes and 27 seconds of pure atmospheric black metal this 6-track album can proudly boast 7/10 guitars.

Tracklist:
1. Desolation
2. Forest of Forgotten Memories
3. Pale Cloak of Dawn
4. ...And Her Cries Echoed Across the Hills
5. Waldeinsamkeit
6. The Passing of Life from Troubled Eyes