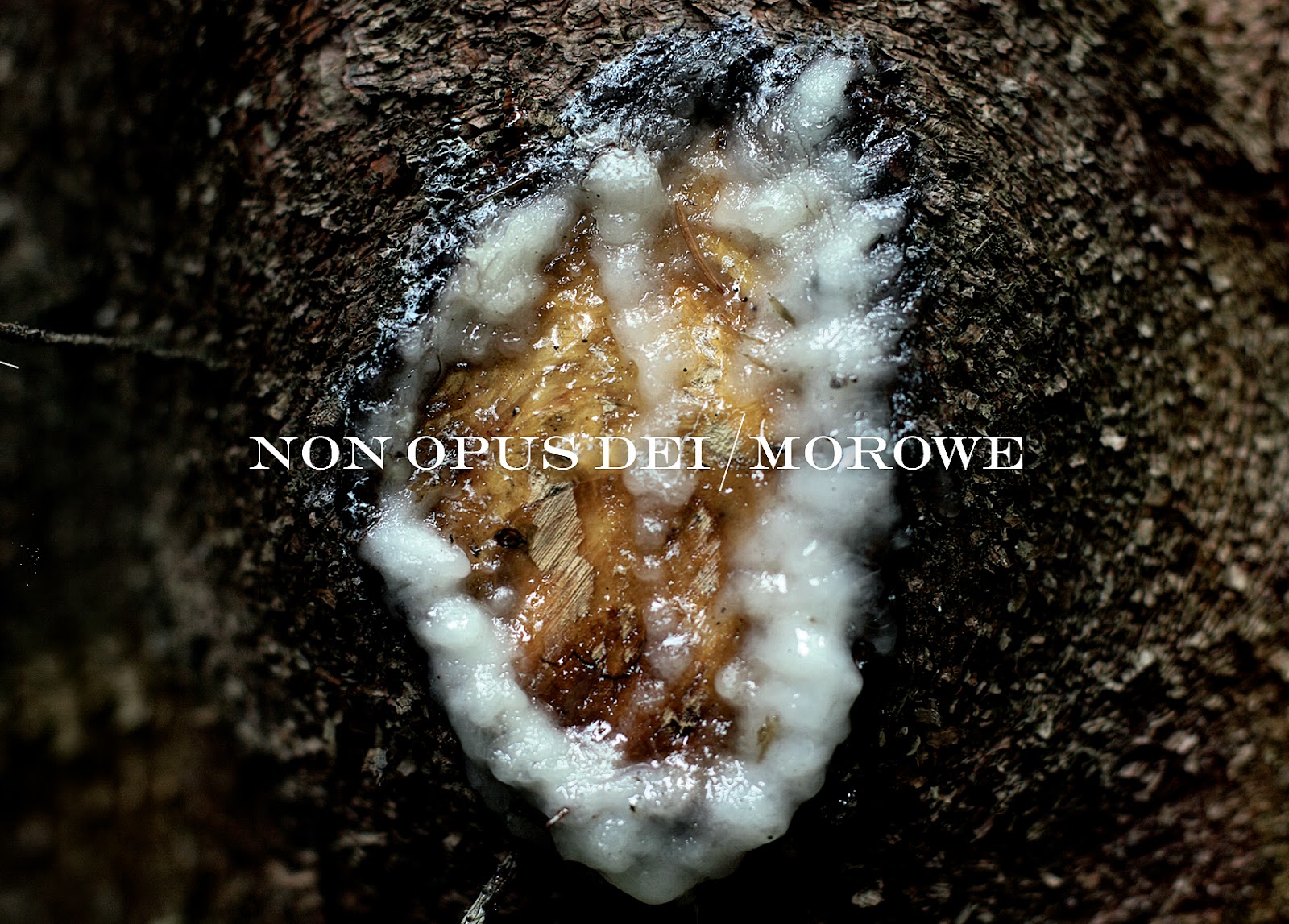 Since the late 90's Non Opus Dei have graced Europe with several albums of black metal from their stronghold in Poland. They represent the old school of the genre, but aren't shy of pushing the boundaries a little every now and then - Something that they make evident on their split with country-mates Morowe. And when I say that Non Opus Dei are more old school I mean that strictly in the sense that their approach to song writing is more straight forward. Morowe hail from a different part of Poland, and in the same manner as Non Opus Dei, their approach is tinged by the tendencies of the time in which they started out. In Morowe's case, that means a much more modern take on black metal, often lending them the definition "post-black metal".

Using the split-release format for something particular is always more interesting than two bands that sound exactly alike or that are worlds apart making a split for no apparent reason. On the Dziwki Dwie split-release, we find two bands from the same country, but from two different currents of the black metal subgenre. While not entirely removed from one another, the stylings of Morowe and Non Opus Dei compliment each other sufficiently to communicate the general idea and to promote each band and their individual strengths.

Both bands offer up three choice cuts created especially for the split. And both offerings are good for quite a few listens.
I suppose you have to be into simple song progression with a clinical edge for it to have lasting appeal, because mostly I found especially the songs of Non Opus Dei to be a little too ordinary. The highlight on Dziwki Dwie for me remains Kat Kota by Morowe after many a listen. The riffs presented there are unique and interesting while being easily recognizable and different - Something that precious few bands master. This, coupled with their unusual rhythm section has swayed in their favor, which is something that isn't easily done as I find the whole "progressive-posty-wosty black metal" thing to be usually more of a shitty gimmick than a descriptor that holds any real merit. What it usually means is riffs starting and stopping awkwardly to the sound of poorly timed drums and drugged out vocals, or extremely long stretches of useless noise or acoustic guitar. Yuck.

Dwizki Dwie is a great example of exactly how to make a split. The bands compliment each other without overlapping too much in regards to style and purpose, and it certainly helps when the songs don't sound like throwaway garbage that wasn't good enough for the upcoming album. While the great old ones of the genre are busy reinventing themselves as a speed metal outfit or playing opera houses accompanied by huge orchestras and choirs, this is the part of the scene that still knows what it's all about. Ass-kicking blast beats and gruesome riffs. 7/10 guitars.